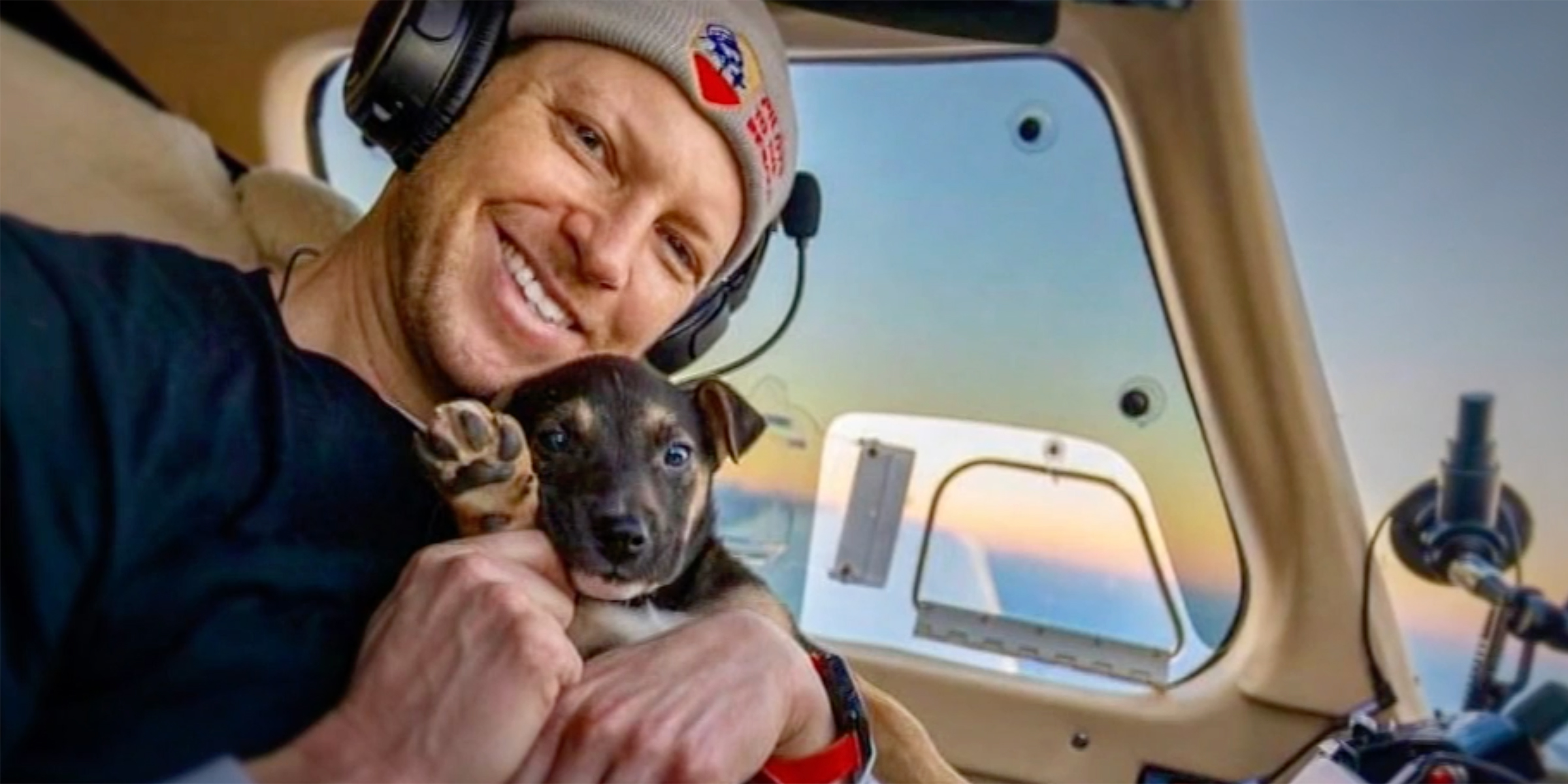 Nearly 1 million shelter animals are euthanized every year in America, according to the American Society for the Prevention of Cruelty to Animals, and that’s a statistic that Michael Schneider is determined to change.

The rescue pilot is the founder of Pilots To The Rescue, a nonprofit whose volunteer pilots fly around the country to pick up endangered animals. Their mission? Finding these creatures forever homes with loving families.

Schneider founded the group in 2015 when he was searching for a sense of purpose in his life, but when his corporate events job drastically slowed down during the pandemic, he turned his side work into a full-time gig.

“So it took 45 years for me to realize what I wanted to do when I grow up. This is a real passion of mine and it gives me such a sense of fulfillment, and I love doing this work. It’s tremendous,” he told “NBC News Now” anchor Joe Fryer.

Pilots to the Rescue volunteers fly across the country to save all sorts of animals, and a recent mission took them to Beaumont, Texas, where 26 dogs (most of them puppies) were awaiting rescue.

One dog, named Scarlett, and her puppies had recently been discovered behind a house that was the scene of a murder. And Pilots to the Rescue saved her from an uncertain fate.

“If we hadn’t stepped in, she probably would’ve been euthanized due to space at the shelter,” one volunteer explained.

On this particular trip, Schneider had assistance from his fellow pilot Victor Girgenti, who donated his plane and his skills for the mission.

After loading the “pawsengers” — as Schneider likes to call them —onto the plane, the co-pilots head toward the East Coast, where volunteers with Amazing Mutts Puppy Rescue are waiting and ready to care for the canines while they find them new homes.

The work isn’t always easy, but it sure is rewarding for Schneider and his team.

“It’s not just the 1,000+ animals that I’ve saved. Many times I’ve saved the families, too, because they say they’re the best part of their lives, their best friends,” he explained. “That kind of energy that comes back to you is priceless. And that’s really why I do this work.”