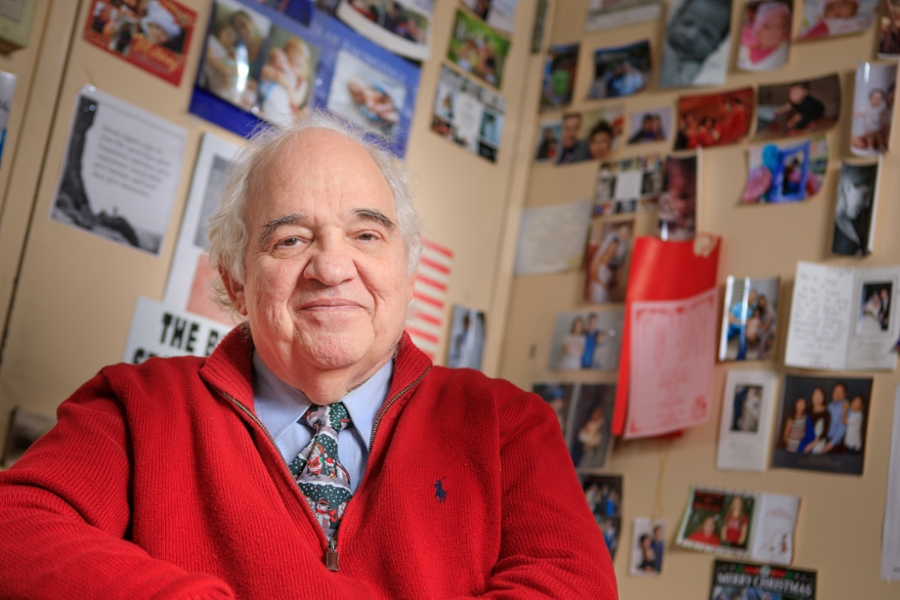 Paris D. Svoronos, Ph.D., a Professor of the Department of Chemistry at Queensborough Community College, has received the James Flack Norris Teaching Award for Extraordinary Teaching Excellence. Dr. Svoronos is the first ever community college professor to receive the prestigious national award since its inception in 1951. In past decades recipients were educators at four-year colleges across the country, including Stanford, Harvard, Princeton, UCLA, Columbia University, University of Pennsylvania, and City College of The City University of New York (CUNY).

Svoronos joined the Chemistry department more than 30 years ago. He expressed his deep gratitude to the ACS Northeastern Section on receiving this recognition and added, “It is the students who are truly extraordinary. Many of them, despite overwhelming obstacles, demonstrate persistence and dedication. It is a joy to see them discover their potential as researchers and scientists.”

Svoronos, who came from Greece to the United States in 1973 on a Ph.D. fellowship continued, “I just do what this great country trusted me to do; help the next generation of immigrants and students that would like to press the re-start button in their lives. I hope that future students understand that at Queensborough we offer the tools for a great education.”

Svoronos, along with the department’s current Professor and Chairperson Dr. Sasan Karimi, initiated undergraduate research at Queensborough in 2000. At that time, as the newly elected Chairperson of the Chemistry Department, Dr. Svoronos expanded the number of full-time faculty as well as the number of students interested in pursuing science degrees in Chemistry and other STEM fields.

“Our students’ successes underlines the significance of the community college concept in the American society where one is judged by what he/she has achieved and not by his/her background. It is the second chance coupled with the trust and understanding of the mentor’s vision that defines the eventual transformation of a student’s life.”

In 2003, Dr. Svoronos was bestowed the “Community College Professor of the Year”, awarded by the Council for the Advancement and Support of Education and the Carnegie Foundation Award. He was the only Chemistry professor to be honored with this award until 2010. One of his former students, Jaime Lee Rizzo, currently a full professor at Pace University, gave the opening remarks at the ceremony.

A “Paris Svoronos Scholarship” was established by then President Edwardo Martí, and much of it has been supported by my alumni students who have become successful.

Svoronos was selected by the Council for the Advancement and Support of Education /Carnegie Foundation to serve in evaluating future applications for the Community College “Professor of the Year” award in history. In addition he was selected in 2018 as an ACS fellow (only the sixth community college faculty member among more than 1500 awardees in history) and the 2017 Stanley Israel award for promoting diversity in chemistry.

As a result of these outstanding achievements, the American Chemical Society-New York section URS held its annual Undergraduate Research symposium at Queensborough in 2004, 2008 and 2015. Queensborough was the first and only community college to host this event in 65 years. In addition, Queensborough was given the honor to host the 40th Middle Atlantic Regional Meeting in 2008. This was the first time this conference was held in New York City or hosted by a community college.

Svoronos received his doctorate in Organic Chemistry from Georgetown University in 1979. While a student there, he was an adjunct professor during the summers from 1976-2007. He was also a Visiting Professor at Georgetown, from 1987-88.